In addition to producing EddyWatch® and RouteWatch® charts, reports, and hindcast studies, our Oceanographers are often invited to present technical papers at industry and academic conferences, and publish reports in various journals. This is our contribution to the scientific community and an opportunity for us to keep abreast of innovative technology. A more general overview of the technology available to Oceanographers in support of Offshore Oil and Gas Operations can be found here.

Loop Current Hyperactivity: Analysis of In Situ Measurements in the Gulf of Mexico
Sharma, Storie, Obenour, Leber, and Srinivasan, May 2016

Ocean Observing in the 4th Dimension – Using Autonomous Gliders for Operational Surveillance of the Gulf of Mexico
Brickley, Feeney, Shaw, Burnett, and Coholan, May 2012

Life and Times of Eddy Zorro: A Review of the 2007 Gulf of Mexico Loop Current Activity
Coholan, Feeney, and Anderson, May 2008

Satellite-Tracked Drifter Measurements of Inertial Currents in the Gulf of Mexico
Anderson and Sharma, March 2008

Deepwater Hindcast of Hurricane Rita
Anderson and Frolov, May 2006 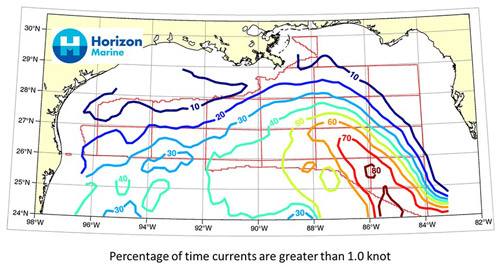 Please fill out the form to receive a link to the free downloads page.